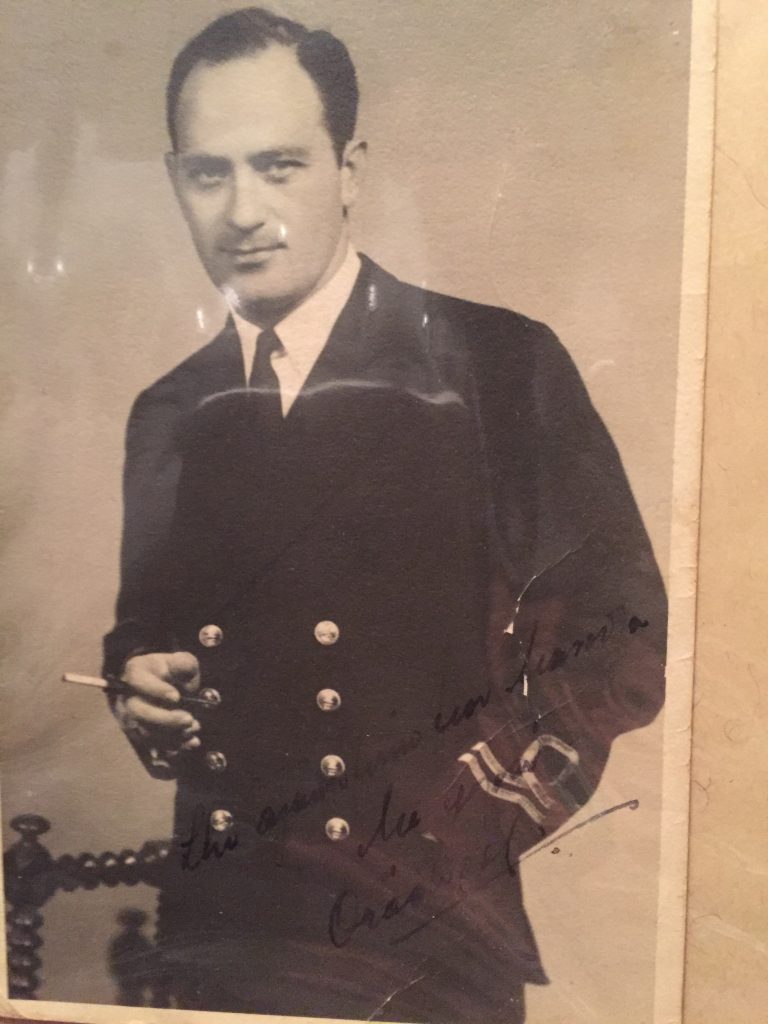 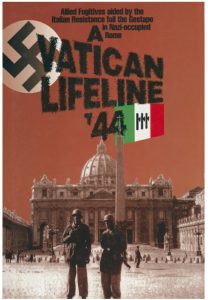 Three people received a big welcome from the Monsignor and John May. ‘Bill,’ said John May, ‘meet the “Liberty or Death” boys, Ted Meletiou and Angelos Averoff.’ These two Greeks, both escaped prisoners, had earlier organized many Greek escapers in and near Rome. Now they had joined our organization. Their Italian was fluent. A resourceful pair, they had somehow acquired from an unsuspecting German headquarters the necessary permits to travel by car anywhere in Italy. Already they had made several long-distance trips for Sam Derry and had brought back detailed information on groups of escapers in areas as far north as Florence. ‘And this charming lady,’ said the Monsignor, ‘is their travelling companion – Scots too – Mrs Mary Boyd.’ A pleasant companion, I thought, observing her profile. Mrs Boyd had spent most of the war in a civil internment camp near Florence. When released after the Armistice, she had encountered our Greek friends, with whom she was now sharing heavy risks. On an earlier trip north Ted Meletiou, code-named Mario, had located a trio of British generals, in hiding on a farm. Derry had sent Mario back with funds and instructions to bring one of them to Rome. To the Monsignor’s request for a ‘really secure hiding-place’, Brother Robert had produced the answer. Signora DiRienzo, Italian by marriage, English by birth, and niece of Lord Strickland, ex-Governor-General of Malta, had a secret room in her large home in Rome. Now Major-General M.D. Gambier-Parry, captured by the Germans while commanding a British Armoured Division in the Libyan Desert in 1942, was the best concealed escaper in Rome. Evangelos Averoff-Tossiza, an important figure in pre-war Greek politics, had been interned in Italy when, as Prefect of Corfu, he refused to continue in office under Italian Occupation. Billets? Mario would see what he could do, but in two days he was leaving again with Mrs Boyd with money and supplies to visit several towns and villages up north, particularly areas where large concentrations of liberated POWs were still dependent on the support of local Italians. They were distributing close to one million lire per month of Sam Derry’s funds. Silent on the tram with Renzo, I reflected on the contrasting characters I was meeting on each visit to the Monsignor’s quarters, individuals whose diversity in nationality, social station, sex, age, profession, war status, religion, disappeared in their shared objective of obstructing the common enemy. The task in hand called on their capacity to keep free two hundred escapers within the city, and many hundreds more outside. Some I had met here only once, such as Bruno the Yugoslav in prison, and the two Greeks of today who, with their Italian-speaking Scotswoman, were the long-range operators penetrating as far north as Milan. American Monsignor McGeough of the Vatican, tall and stock-ily-built, whose genial smile detracted not at all from the notion one gained of his inner strength, concentrated on American escapers of which Rome so far held only about a score. The US acting Presidential representative to the Holy See, Harold Tittmann, found in Monsignor McGeogh a willing liaison with Monsignor O’Flaherty in organizing help to fugitive Jews as well as to American escapers.